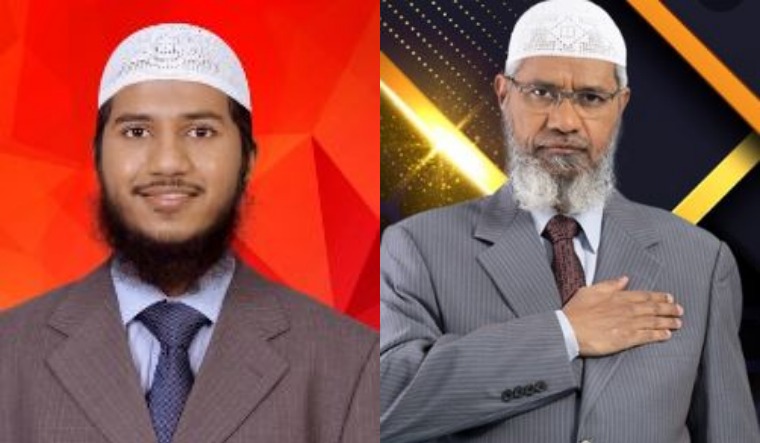 Controversial Islamic preacher Zakir Naik has continued to freely disseminate his teachings since he fled India in 2016. Although India has requested his extradition for alleged links to extremists, hate speech and money laundering money, Zakir Naik continues to generate huge success on social media. For example, his official Facebook page has around 22 million followers, while over 2 million people follow him on YouTube.

Zakir Naik used his social media to promote his teachings almost daily. But on Friday, Zakir Naik used Facebook to publicly solicit a bride for his son, Fariq Zakir Naik. Fariq is also a preacher like his father, with Zakir frequently posting videos of his son answering questions. In these videos, Fariq is referred to as Sheikh Fariq.

In Friday’s post, which is a two-page advertisement, Zakir Naik clarified that he was looking for a “virtuous Muslim girl of good character, such that my son and his wife can be a source of guidance and strength one. for the other”. . Zakir Naik specified both “necessary qualities” and preferable qualities for the girl.

In the “necessary” qualities, Zakir Naik clarified that the girl should be a practicing Muslim who “abstains from everything. Haraam (sinful) activities. “Zakir Naik said the girl should be willing to lead a” simple and non-luxurious life “if necessary and the couple should” be ready to sacrifice their comfort for the sake of Allah. “

Unsurprisingly, the detailed nature of the post prompted various comments. While many praised Zakir Naik for being a devoted father, others found the publicity strange. One user challenged Zakir Naik by using a photo of himself in the ad, instead of his son’s image.

Instagram and FB announce 2021 edition of # CreatorDayIndia- What can we expect?