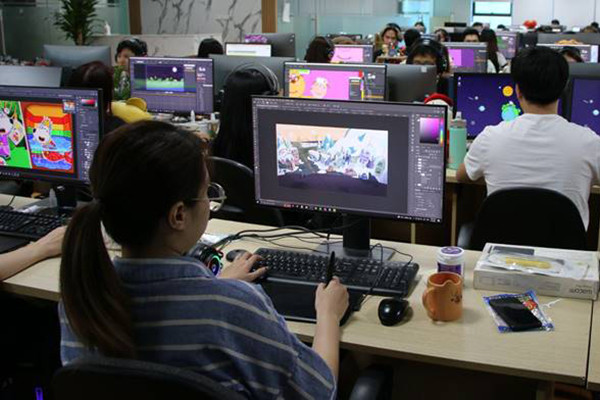 HÀ NỘI — The Việt Nam Digital Media Association has announced that there will be a written suggestion to YouTube and Facebook to carefully consider, based on a decision of a court in Moscow (Russia), in order to protect Sconnect’s legitimate rights pending the final appeal. of the Court of England and the Court of Hà Nội.

Since the start of 2022, Sconnect and EO have continually sued each other in court in Russia, the UK and Việt Nam over intellectual property rights disputes. Although no court has yet found that Sconnect violated EO’s copyrights, the YouTube platform has removed over 1,000 videos and restricted Wolfoo’s commercial rights.

Tạ Mạnh Hoàng, CEO of Sconnect, said YouTube’s bias towards UK companies led to the loss of Sconnect, allowing EO to take advantage of loopholes in the cross-border platform’s policy to compete unfairly in case of copyright dispute between “Wolfoo wolf” and “Peppa pig”.

According to the latest in the intellectual property dispute between Sconnect and Entertainment One (EO) on October 11, Việt Nam Digital Communications Association (VDCA) President Nguyễn Minh Hồng signed a response document to the Sconnect petition.

On September 14, Sconnect sent a request to the president of the VDCA requesting assistance to protect the legitimate rights and interests of this unit, which foreign companies were seriously infringing.

In Document No. 79/HTTS-DCC dated October 11, in response to Sconnect’s letter, the VDCA stated, “This is a civil matter. Accordingly, Sconnect is recommended to bring legal action in the Hà Nội City People’s Court challenging the settlement alongside litigation activity in the EO’s motion in the UK court.”

The VDCA also informed that: “While the related parties pursue legal proceedings in the United Kingdom and Việt Nam, the VDCA has requested in writing the providers of intermediary services such as YouTube, Facebook and other similar platforms, to examine the case thoroughly and objectively; on the previous decision of the Moscow City Court (Russian Federation), not to depreciate the Vietnamese companies while waiting for the judgment of the court to be issued by the parties, when the lawsuit has not been filed and accepted by the UK and Vietnamese courts.

“The VDCA calls on YouTube to consider maintaining the status quo before the dispute arose, not agreeing to Entertainment One registering copyrights to Wolfoo content from Sconnect, as well as restoring all Wolfoo content previously removed and restore Sconnect Wolfoo’s right to post new content to the channels,” VDCA added.

The media has continually pondered the copyright dispute between two sets of anime characters: Wolfoo (owned by a Vietnamese company named Sconnect) and Peppa Pig (owned by a British company named EO). Both are well-known animated characters on YouTube.

Wolfoo is a set of cartoon characters built and published by Sconnect on YouTube since June 2018. It has over 2,700 episodes, 50 million subscribers and has been translated into 17 languages ​​worldwide, reaching 3 billion views per month. Wolfoo also got 3 diamond play buttons and dozens of gold and silver play buttons on YouTube. The ‘made in Vietnam’ product is suffering due to the copyright dispute with EO’s Peppa Pig cartoon character set.

“Although the Wolfoo character set has been fully registered for copyright of images, characters and scripts in Việt Nam, the United States, Russia and many other countries when the OE reported the copyrighted content that YouTube has always accepted, Sconnect suffered tremendous damage, plus more than $1 million in revenue, as well as damage to brand reputation,” a representative from Connect.VNS