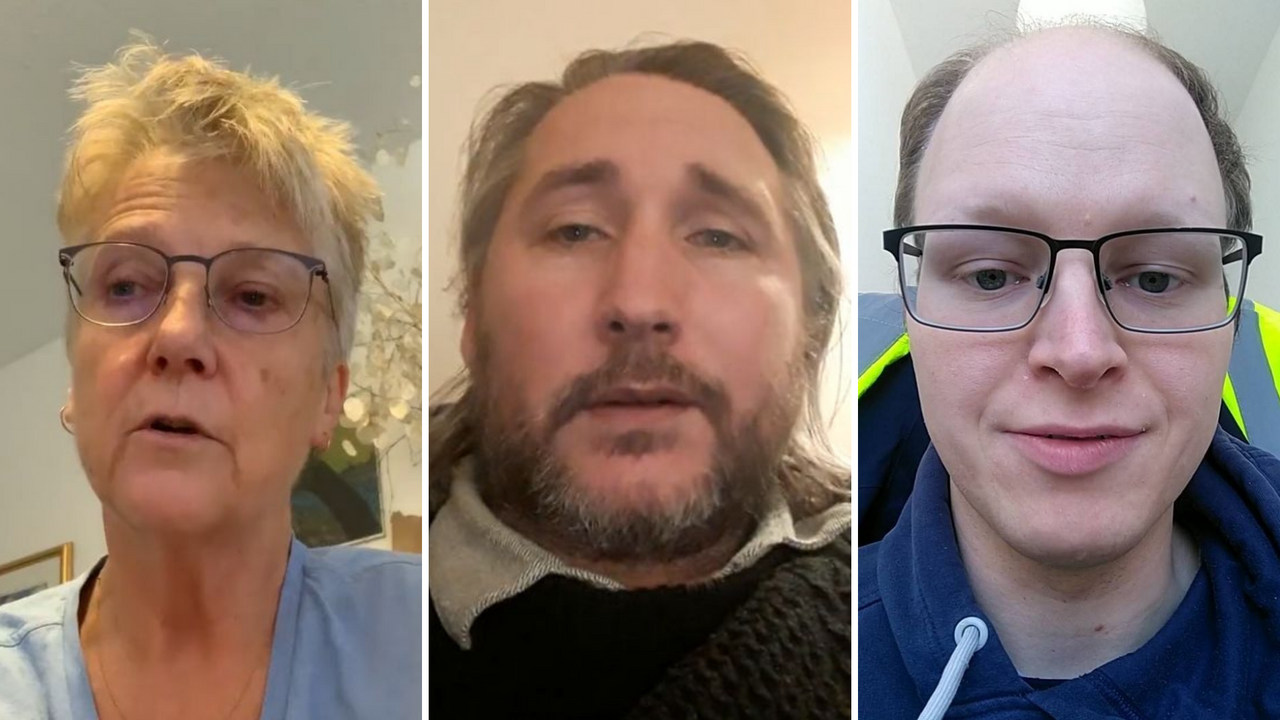 The readers of the World Socialist Website in the UK expressed their condemnation of Facebook’s censorship of the anti-war video “No Third World War! Against the Ukrainian war, NATO aggression and German rearmament!

The video, which had been seen by 20,000 people in a short time, was deleted by Facebook last Saturday. The chairman of the Sozialistische Gleichheitspartei (Socialist Equality Party, SGP), Christoph Vandreier, said: “This censorship is not only directed against us, but against the mass opposition to a world war”. The socialist anti-war perspective of the SGP “must be banned and censored amid deafening war propaganda for World War III.”

Hours after the SGP video was deleted, YouTube erased six years of About Contact program hosted by Chris Hedges, a well-known opponent of NATO warmongering.

Facebook’s political censorship of the SGP video has been strongly condemned by workers and young people in Germany. The WSWS has now received protest messages from several readers in Britain.

jude jackson wrote, “The US and NATO intend to bombard us with their propaganda narrative through their own media.”

The war was of no use to the working people, she continued. “On the contrary, public funds are diverted from essential services such as health and education, and are invested in the war machine, enriching the investors, corporations and businesses that produce the machines of death and destruction. “.

Pointing to the Johnson government’s criminal herd immunity policies, Jude said “COVID-19 is allowed to spread and healthcare systems are collapsing under relentless pressure from sick people and staff. Facebook, through its censorship , has chosen the side of death and destruction. This is a criminal act and must be vigorously opposed! No to war! No to censorship!”

software developer Ben Rock wrote saying that the video from the German Section of the Fourth International, calling on the working class to fight against capitalism to stop the march to #WorldWarIII, was “extremely informative. That’s why Facebook censored it after 20,000 views. Watch it and spread it on as many media platforms as possible! Build a grassroots committee of Facebook workers, defending the truth and saving humanity from the #nuclear #apocalypse!

mental health worker James Crump said the censorship was “deplorable but unsurprising”. This suppression, “linked to the government’s efforts to suppress and criminalize dissent, is an attempt to use censorship to control the information the public receives about the proxy war being waged in Ukraine between the United States/NATO and Russia”.

In the absence of such a principled anti-war perspective, as noted in the video, “people will be more susceptible to being manipulated by the pro-NATO war propaganda that is endlessly spread by politicians and corporate media. This is why this blatant act of political censorship must be opposed unequivocally by all opponents of the US-NATO war campaign.

Maxine Walker said there had been “a grotesque campaign of disinformation and censorship by the US, Britain and NATO” in relation to the war in Ukraine on a scale never seen before. “They must shout loudly, lie and censor to disguise the bloody history of imperialist NATO and in particular the American history of coups and interference in Ukraine, now expanded to include regime change in Russia .”

Maxine said it was vital that opposition and socialist voices were heard. “Otherwise, people could be drawn blindly into a world war that threatens humanity and all life with destruction. Therefore, all socialists and those who believe in democracy should condemn Facebook’s censorship of the “No World War III” video produced by the Sozialistische Gleichheitspartei.

Dr. Chris Portersenior lecturer at Manchester Metropolitan University, noted that the video contained “a truthful, well-researched and politically engaged perspective on an issue of vital public interest, nationally and internationally”.

It is not for the owners or administrators of online platforms to “determine, based on political or economic interests, whether or not such content is appropriate for hosting. Such acts of political censorship bring into question more urgently the issue of private ownership and control of such important public information media.

Jo Marsh, a teacher from London, wrote: “Facebook’s removal of the SGP video opposing the war is an unacceptable act of censorship that must be opposed at all costs. The WSWS provides a single voice against pro-war propaganda in the majority of the world’s media and as such must be defended by all conscious workers and young people. There is a real and present danger that this conflict will escalate into a nuclear war that would spell the end of humanity as we know it.

Jan Knott, an electrician from Surrey, said: “It is clear that the Ukraine crisis is being used by governments and media owners to step up their crackdown on anyone who opposes war and capitalism. It is known that the SGP has been at the top of the list of German intelligence services for several years. They hate the socialist ideas of the SGP and World Socialist Website and fear their growing support. I’m sure the German state pointed the finger at Facebook’s SGP, although I suspect Facebook has long had its own watch list of anti-capitalist organizations.

Charles Birch, an office worker, said: “Facebook’s censorship of the anti-war video produced by the SGP, the suppression of the work of journalists critical of the wars waged by the United States like Chris Hedges and the imprisonment and torture by journalist Julian Assange, are all part of the undemocratic and authoritarian measures used by the state and big tech to silence opponents of war. This censorship must be fought. We need freedom of speech to cut off pro-war propaganda.

Jerome Stern from east London wrote: ‘I wish to protest in the strongest possible terms against the removal of the SGP anti-war video from Facebook. This is an outrageous act of censorship. Nothing said in this video can reasonably be characterized as disinformation. It is an assessment of NATO’s role in European power politics in general and its contribution to the developments in Ukraine that have led to the current crisis. It is based on factual evidence presented in the video.

“Assessment involves an interpretation of the significance of these facts and therefore opinions, but these do not contradict known facts and therefore do not constitute misinformation. Rather, the video appears to have been censored as it presents a different narrative from that endorsed by Western governments, led by the U.S. Freedom of speech and of the press is necessary for democratic government precisely because debate over ideas critical of prevailing orthodoxies is essential if democracy must work in the service of the common good, so censorship like this is an attack on democracy itself.

Jonathan Hall, a retired professor from London, wrote: “Facebook’s removal of the anti-war GSP video is clearly an abuse of power by a global capitalist cartel and should be opposed by all those in favor of freedom. of expression. This is especially important when the overwhelming power of pro-war propaganda threatens to have catastrophic consequences”.

We urge our readers to write further statements denouncing Facebook censorship under the hashtags #StopCensoringSocialism and #DefendSGP and to spread the censored video and WSWS articles on the subject as widely as possible.

After three decades of wars led by the United States, the outbreak of a third world war, which would be fought with nuclear weapons, is an imminent and concrete danger.