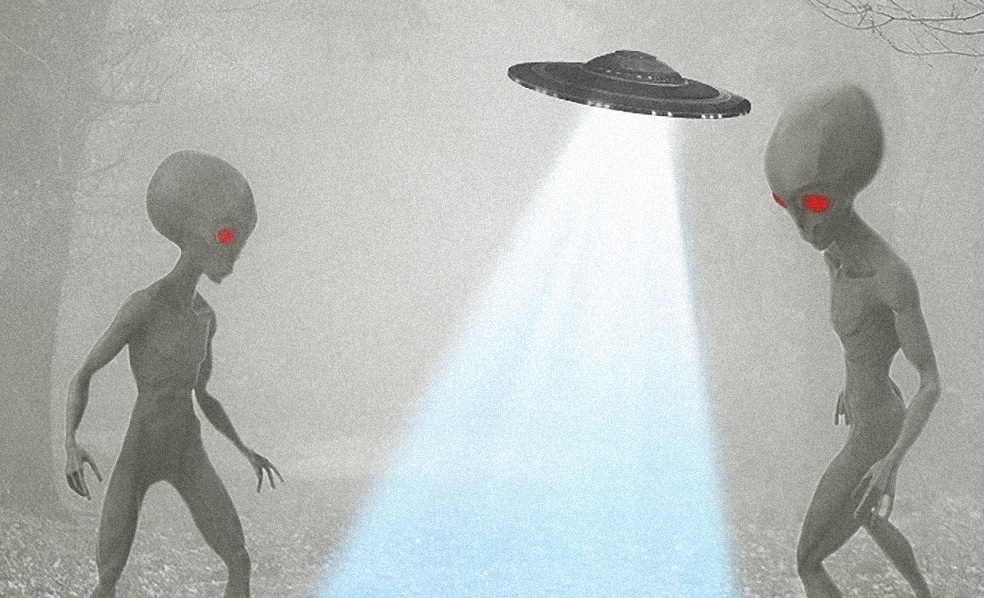 The world is getting weirder and weirder…and it’s a great day for weirdos here on Arrow in the Head, as we celebrate the fact that the official The Paranormal Network Facebook Page surpassed 100,000 followers! This page is the headquarters of our Paranormal Network operations, where you will not only find links to the latest videos that have been posted on the Paranormal Network YouTube Channelbut also news and articles on UFOs, hauntings, cryptids, mythical creatures and things that go bump in the night.

We’ve been posting a steady stream of original content to the Paranormal Network YouTube channel for just over a year now, with several different long-running series in rotation. Below are sample episodes from each of the shows.

WE WANT TO BELIEVE: A paranormal reality TV show that takes a non-Hollywood approach to the pseudo-science of paranormal investigation. The episodes chronicle the team’s investigations as they tackle hauntings, spectral encounters, Bigfoot, UFO sightings, and other high oddities. No fake evidence, no camera tricks or special effects – this is the real deal; what you see is raw and untouched.

THIS BIGFOOT SHOW: Get ready for fun yet informative content about the legend that is Sasquatch aka Bigfoot…or whatever you want to call them. THIS BIGFOOT SHOW will cover everything from recent activities, historical sightings, pop cultural impact, and even interviews with witnesses and cryptozoologists who have encountered and studied these majestic furry beasts. This is a show for believers and skeptics alike (even if the skeptics are wrong) and we’ll do our best to take an honest look at the global phenomenon that is Bigfoot…because It’s That Bigfoot Show! Yeah, that one.

THE UFO SHOW: Have you ever seen a UFO – or did you think you had? Are you fascinated by the very idea that aliens, aliens, and Mars invaders exist not just in our imaginations… but beyond the stars? Do you hope that one day we will have a close encounter of any nice to a being from another world? You’re not alone! With more and more UFO sightings around the world, we aim to be your go-to resource for the most revealing images and reports of extraterrestrial life. Everything from images of unexplainable spaceships to newly discovered evidence of extraterrestrial life – If it’s “out there”, you’ll find it here!

MYTHS: This series presents various myths and connections from around the world and highlights incidents that shook history and still cannot be explained. Each episode can focus on a theme, creature/myth/or, in some cases, people connected to it. Examples include episodes on The Mothman, The Kraken, Lilith, Atlantis, The Loch Ness Monster and many more.

UFO INCIDENTS: This series takes you inside some of the most captivating and mysterious close encounters ever recorded; we will examine the evidence, we will listen to the witnesses, we will consider all the possibilities. Join us as we investigate the most infamous… UFO incidents in history!

THE CRYPTID CAMPFIRE (podcast): This is the video version of the hugely popular paranormal podcast Cryptid Campfire, which serves as an entry point into the cryptid world where beings such as Bigfoot, Mothman and the other mysterious creatures lurk in the dark . Join us as we attempt to decipher fact from fiction and the truth behind the world’s strangest phenomena.

HAUNTED OBJECTS: What if you found out that something you hold dear, an heirloom perhaps, was possessed? Would you try throwing it away? Destroy it? Maybe sell it to an unsuspecting buyer? And how did it become “haunted” to begin with? These are the questions we ask when we explore these same objects. Some you may be familiar with, and others may be so obscure that they have been lost in time, until now. Join host Evan O’Hare on Haunted Objects!

The network is run by Jason Hewlett, a paranormal investigator with nearly 20 years of experience. If you like what you see above, go to the YouTube channel and subscribe – and become one of our 100,000+ subscribers on Facebook page!

Without Facebook, how do you invite friends to parties?