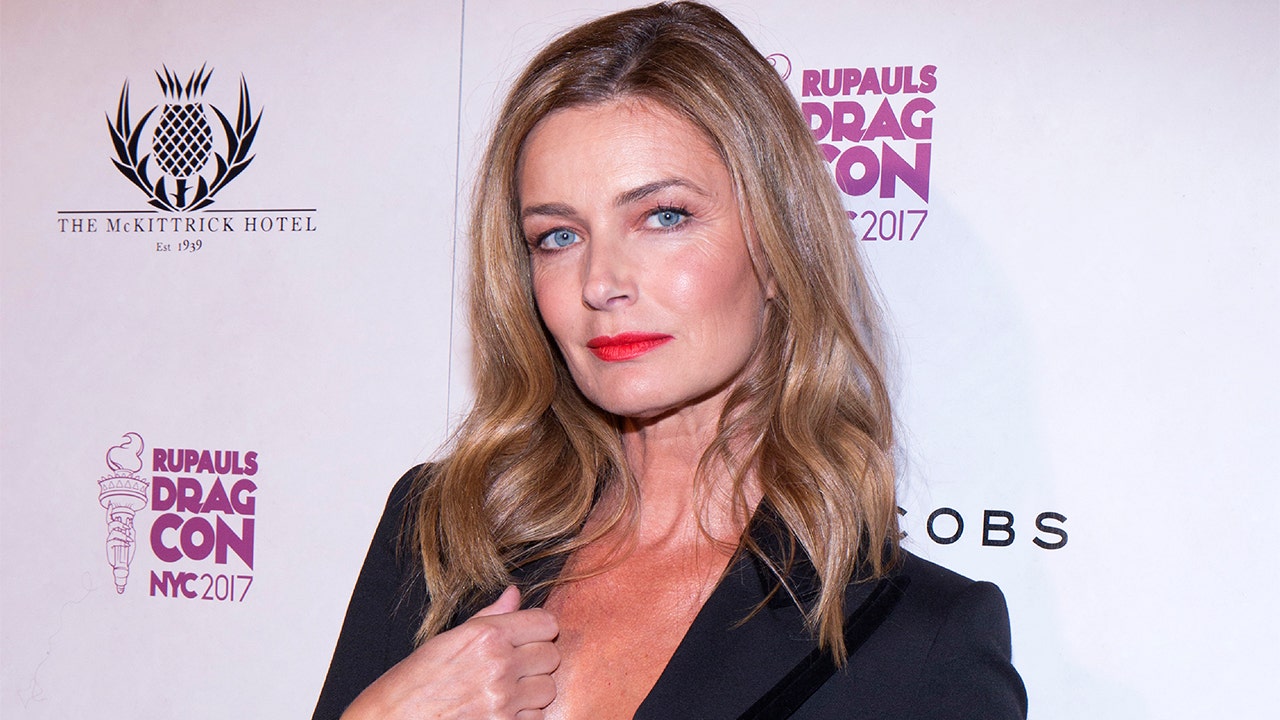 Paulina Porizkova sends a thinly veiled criticism on Instagram after saying the social media app ‘censored’ her by deleting a photo she shared on Tuesday comparing the spread of misinformation about Russia’s invasion of Ukraine.

The cover model, 56, from Czechoslovakia, posted two side-by-side selfie images, one of her natural look and another heavily edited to make her look much younger – which she said juxtaposed the ” truth” in relation to the “filter” represented by the dissemination of information centered on the crisis abroad.

“My last post in which I posted these two photos titled ‘reality’ and ‘propaganda’ has just been taken down by Instagram,” Ric Ocasek’s widow said in the post’s caption. “I kept talking about what it was like to live under Soviet rule as a child, and to have been indoctrinated to believe that the Soviets were our best friends and had ‘saved’ us from the oppression. In 1968. When the former Czechoslovakia had just begun to stand on their own.”

The model asked, “What was so offensive about my post that it was taken down? I was talking about CENSORSHIP without using offensive language, and I was censored!”

PAULINA PORIZKOVA ALLEGATES LATE CARS FRONTMAN RIC OCASEK CONTROLLED: ‘HE DIDN’T WANT ME TO DO ANYTHING’

Meanwhile, Porizkova continued to re-share the deleted post while again explaining that “after spending [her] childhood in a country occupied by the Soviet Union, [she] includes propaganda” and highlights “Russian citizens who are protesting against this war”.

STEVEN SEAGAL SPEAKS AMID RUSSIAN INVASION OF UKRAINE: ‘I LOOK AT THE TWO AS ONE FAMILY’

“This is a post that was deleted for ‘hate speech’ yesterday,” she said in a lengthy caption.

“At school, we were taught that ‘the Russians were our best friends, who came to liberate us from oppression.’ Whose oppression was never specified,” she continued. “Yet as a child I had been indoctrinated to believe this, and my most fervent wish was to see Lenin in his coffin. I recited a Russian poem in first grade in a poetry completion and won the first price – a Russian pen that never worked.”

The actress and author added, “My Babi had to stick a little Russian flag in all of our windows on May Day every year, to celebrate our ‘best friends’ so she wouldn’t lose her job. Since the press was heavily censored, we only got the news our ‘best friends’ wanted us to receive.”

“I know what happens when you can only see part of a small image. It becomes your whole world. Without comparison, you know nothing else,” she insisted. “I am impressed by Russian citizens who are protesting this war, putting their lives, jobs and reputations on the line. I know what it costs in a country that does not allow dissent.”

Porizkova noted this scribe with the hashtag “#illleaveoffhowifeelaboutputin,” before concluding with “At 3:05 p.m. yesterday, Russian radio Echo of Moscow and Dozhd TV were blocked for reporting on the war. !!!!!!!”