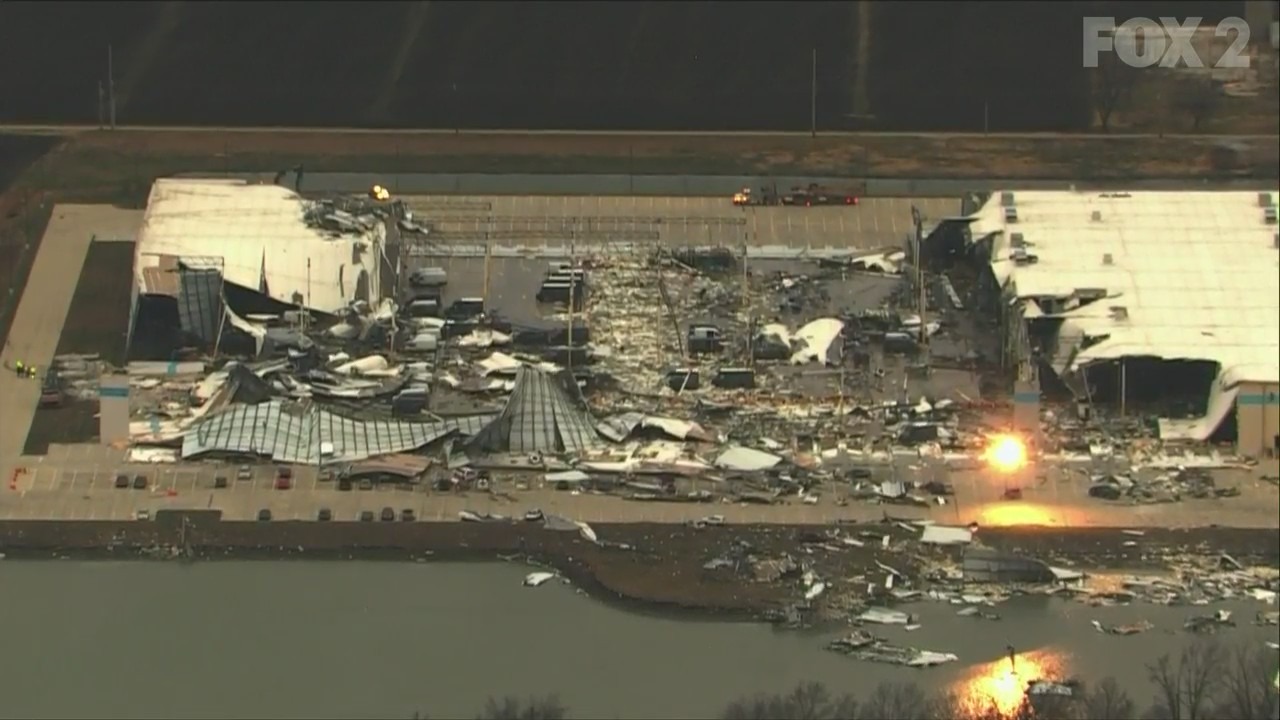 EDWARDSVILLE, Illinois – Authorities confirm 2 deaths at an Amazon delivery center in Edwardsville following severe weather on Friday night. Several people were trapped inside the facility after the storm damaged the building.

A search and rescue effort is underway.

Authorities are waiting to release the names of the victims, but Clayton Cope’s mother is at the scene and said she learned her son did not survive. She said he was a maintenance worker at the facility.

The collapse occurred around 8:33 p.m. at the warehouse near I-270 and Illinois Highway 111, according to the Edwardsville Police Department.

FOX 2 spoke to the sons-in-law of an Amazon employee, who are concerned as they haven’t heard from him.

Video of the tornado that hit the Edwardsville Amazon facility

“Our mother is basically hysterical at this point, trying to find out what’s going on. She is really worried. We are also concerned, ”said Connor Jones. “At this point, I’m starting to fear enough that he’ll get hurt or worse.”

Mike Fillback, the department’s public information officer, said rescue efforts could last until Saturday morning due to the size of the building.

Some workers, who managed to escape the collapse on their own, were taken to a safe place with the help of the Madison County Transit Service.

“We were able to transport them to a safe place and reunite them with their loved ones or get them help,” Fillback said. “We are still working to identify if there are still other people in the building and how to get through the debris to provide assistance.”

Several agencies in the St. Louis area are assisting with the rescue. Authorities are also urging spectators to avoid the area.

“Be patient with us. Our fire department, they do whatever they can, and they have to do it safely, ”Fillback said. “They won’t be leaving the scene until everyone has been found.”

According to the Associated Press, Amazon spokesman Richard Rocha issued the following statement Friday evening: “The safety and well-being of our employees and partners is our top priority at this time. We are assessing the situation and will share additional information when it becomes available. “

“My prayers go out to the people of Edwardsville tonight, and I have contacted the mayor to provide all necessary state resources,” Pritzker said.

It is not known how many people are in the building. FOX 2 will continue to update this story as more information becomes available.

Images of the Bommarito Automotive Group SkyFOX helicopter over the Edwardsville Amazon facility on Saturday morning:

Facebook, Instagram 2021 year in review Tips for seeing what has happened in your life during the past 12 months