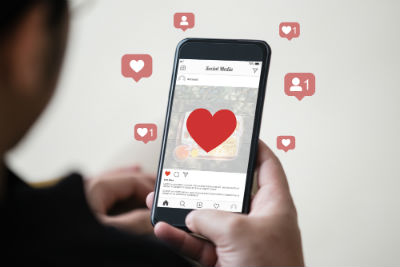 Subscribe to AFP podcasts on Apple Podcasts, Spotify and Pandora

New legislation from a bipartisan group of senators led by Mark Warner would force social media giants to make user data portable, with one possible effect being to spur competition with big players like Facebook, Instagram and Twitter.

“By enabling portability, interoperability and the ability to delegate, this bill will create long overdue requirements that will spur competition and give consumers the power to move their data from one service to another,” said the group, which Warner (D-VA), Richard Blumenthal (D-CT), Lindsey Graham (R-SC), Josh Hawley (R-MO) and Amy Klobuchar (D-MN) said in a joint statement.

Lots to unpack here. Let’s start with what they’re trying to say when they talk about portability, interoperability, and delegability.

Basically, you should be able to move your data – your photos, message history, friends list, etc. – from one service to another.

The thrust of the bill has the support of some heavy hitters.

“Markets work when consumers have a choice and know what’s going on. The ACCESS Act is an important step toward restoring that momentum to the technology services market,” said Paul Romer, professor of economics at New York University and Nobel laureate in economics. “We need to get back to the conditions that make markets work: when consumers know what they’re giving to a company and what they’re getting in return; and if they don’t like the deal, they can take their business elsewhere. By giving consumers the ability to delegate decisions to organizations working on their behalf, the ACCESS Act gives consumers hope that they can understand what they are giving up and what they are getting in the opaque world created by technology companies. By mandating portability, it also gives them a realistic option to switch to another provider. »

“We now understand that the dominant technology platforms’ exclusive control over the data we create when we interact with them is the source of extraordinary market power,” said Brad Burnham, partner and co-founder of Union Square Ventures. “This power distorts markets, reduces innovation and limits consumer choice. By requiring interoperability, the ACCESS Act empowers consumers, levels the playing field and opens the market to competition. Anyone who believes that markets work better when consumers are able to make informed choices should support this law.