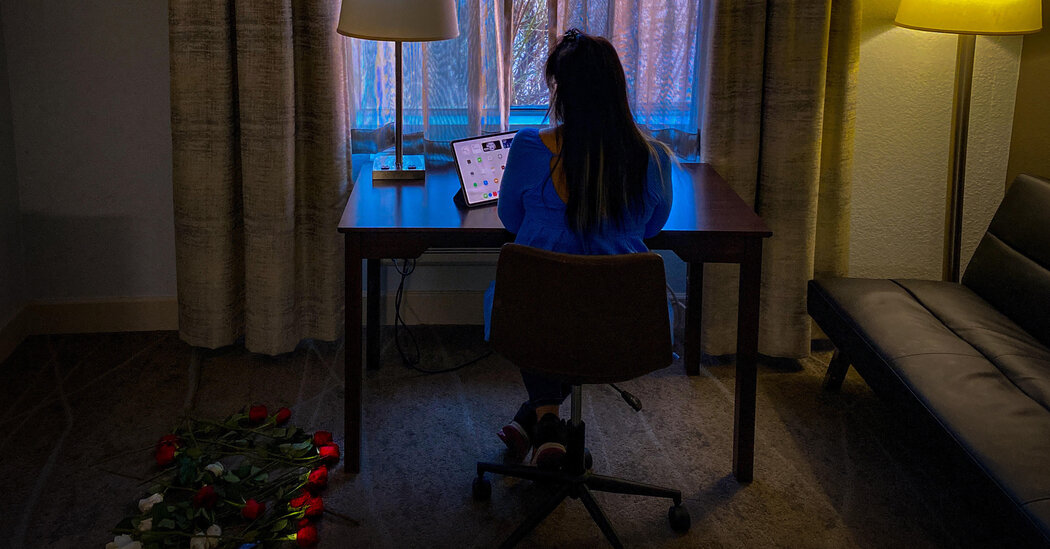 Reviews | Valentine’s Day PSA: Instagram is not your friend today

NASHVILLE — Right now, no matter what time of day you’re reading this essay, your Facebook and Instagram feeds are most likely filled with hothouse flowers and pretty hand-dipped chocolates and stories of the funny way two people met, how lucky they are to have found each other, how grateful they feel, especially on this day of love, to travel the world together. Such stories can be incredibly sweet, but their cumulative effect is not.

There are worse crimes than loving your partner and writing about it. How can it hurt to retell a longtime love story or share a photo of a new lover’s Valentine’s Day roses? Public discourse is so troubled these days, so rife with fury and despair, that it surely doesn’t hurt to share a little joy.

The thing is, a lot of people feel bad. They are already alone, and comes Valentine’s Day to rub their noses. Or they’re perfectly happy in their own relationships, but everyone’s relationships suddenly seem happier in some way. Softer. Tenderer. Filled with finest chocolate.

Never mind that the fiction underlying every “happily ever after” tale is universally understood. The truest love stories still include lots of unnecessary misunderstandings and nights spent back to back across the bed. And even if, by some miracle, they didn’t, there’s still no lasting happiness, as musician Jason Isbell so hauntingly writes in his song “If We Were Vampires”:

But one day I’ll be gone

Or one day you’ll be gone

Death is not something that is talked about much on Valentine’s Day.

None of this is new, of course. People have always been hurt and people have always been lonely, and Valentine’s Day has always heightened those feelings. When I was in high school, student government raised money by selling color-coded carnations for Valentine’s Day. A red carnation meant love, white meant friendship, another color, maybe pink, meant someone wanted to be more than a friend. To send a flower anonymously, you might pay extra for “insurance”. The popular kids walked around all day with large bouquets of carnations in their arms, a visible reminder of their social currency at this time in life when social currency is everything.

And now Facebook and Instagram – and probably TikTok, although I’ll be damned if I add yet another possibility to my time-wasting options, so I can’t say for sure about TikTok – have transformed the whole 21st century up the school, and once again the popular children hold out their bouquets and exclaim: “Smell them; are they not divine?

There are many reasons to hate Meta, the parent company of Facebook and Instagram: its predatory business model, its role in spreading false election information and fake vaccine information, its heightening of political polarization, its capturing the details of our personal lives and transforming them into a commodity.

But much of the unhappiness brought about by “social” media does not come from its toxic effect on society. This comes from its toxic effect on us. Other people’s beautifully curated Facebook and Instagram posts are no closer to real life than reality TV, and maybe we even know it, but it still hurts us. “I don’t know a lot of people who come out of 30 minutes on Instagram feeling really good about themselves,” designer and podcaster Debbie Millman told Kara Swisher last week in an interview on Sway.

No wonder loneliness is an epidemic today, and 21st century loneliness is not like 20th century loneliness. Now it’s exacerbated by the hundreds – or thousands – of “friends” we have online. Throughout Valentine’s Day, it’s words of love, jewelry and dazzling pajamas. All day, it’s candlelight and sweets and flowers under our noses. Don’t they smell divine?

Romantic love is a beautiful thing, but it’s not the only way to feel connected, to feel seen, to feel loved. That’s not even the most important way to feel these things. The most complete happiness comes from a community – a real community of real people. Whether or not this community includes a partner, it certainly does not come from an online platform that sows discord and grief, an algorithm that only compounds human despair.

That’s what I used to write on Facebook at this time of year, although I don’t do it anymore because the less time I spend on Facebook, the happier I am. But if I were still posting Valentine’s Day greetings on a site teeming with public declarations of love, here’s what I’d write to anyone who feels lonely, whose heart is broken, or who mourns a love gone too long. early in this beautiful temporary world:

Whatever the world seems determined to tell us on this day out of love that excludes so many, no one is alone. We are all made for each other.

You were made for me, and I was made for you, and we were both made for the grieving widow and the friendless child and the old man who slept in the sunny library chair and the weary barista who barely leaning his hip against the counter and the teenager smoking a cigarette in the parking lot and the woman in high heels pumping gas and the cyclist pedaling headlong in the noise of traffic and the cashier ‘bored and irritated mother whose child doesn’t want to put on his shoes and the fog- breathed the lineman in the bucket above the branches just about to turn into a bud.