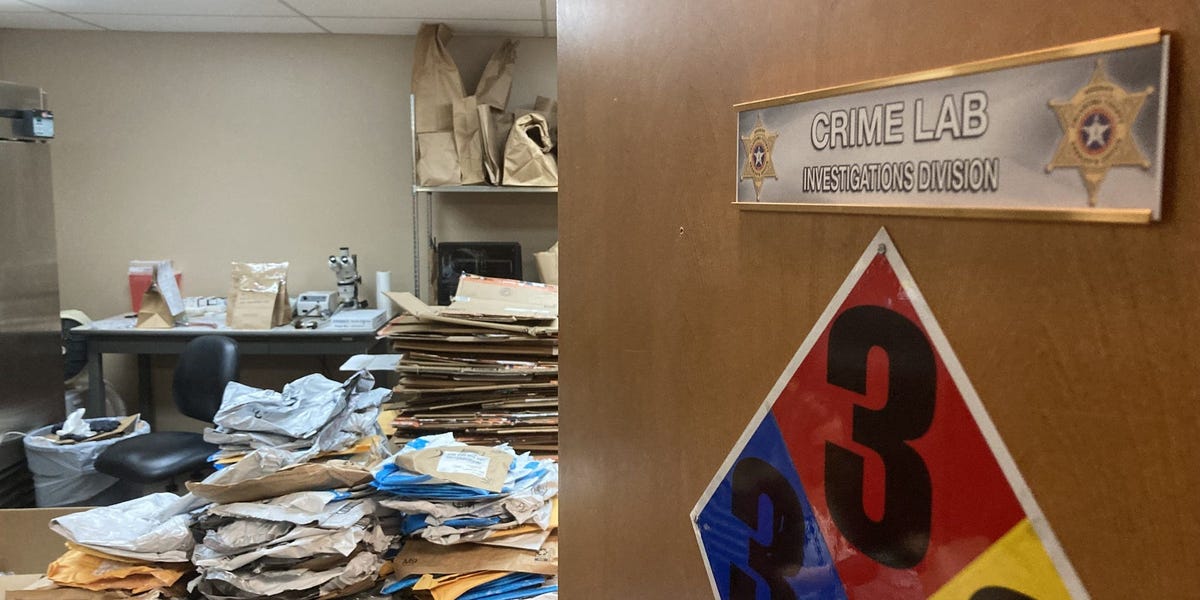 Police are investigating 600 Amazon packages dropped off in Oklahoma City

Authorities in Oklahoma City are investigating hundreds of Amazon packages found dumped on the side of the road on New Years Eve.

According to Oklahoma County Sheriff’s Office, the packages were supposed to reach their destination by Christmas, but tracking information indicates that the items never reached the USPS facility for delivery after leaving the Amazon warehouse.

In a Facebook post, the Sheriff’s Office said an unidentified suspect searched the packages and stole several items of interest, while leaving the rest, including books.

“Apparently the thief isn’t really a readerâ€¦ the books that were delivered were left behind,” the post read.

An Amazon spokesperson told Insider the company has been working closely with the sheriff’s office throughout the investigation.

The incident comes after a similar case in Alabama in November, in which police discovered hundreds of undelivered FedEx packages dumped in a ravine on private property in Blount County. FedEx drivers quickly arrived at the scene and collected the packages, which were strewn in a ditch.

â€œThese guys came from all over the country to work on Thanksgiving. Thank you guys for your hard work and for clearing up this mess,â€ the Blount County Sheriff’s Office said at the time. “FedEx sent several trucks and drivers from all over the south.”

In December, officials announced that they had taken a suspect into custody for throwing the packages away. Deandre Rayshaun Charleston, 22, faces five charges of cargo theft, a Class D felony, for throwing packages at least six times.

Blount County Sheriff Mark Moon told a news conference Charleston was “sad for what he had done,” and noted that the former driver told authorities he had recently suffered a death in the family and “had a hard time in her life and just made bad choices.”