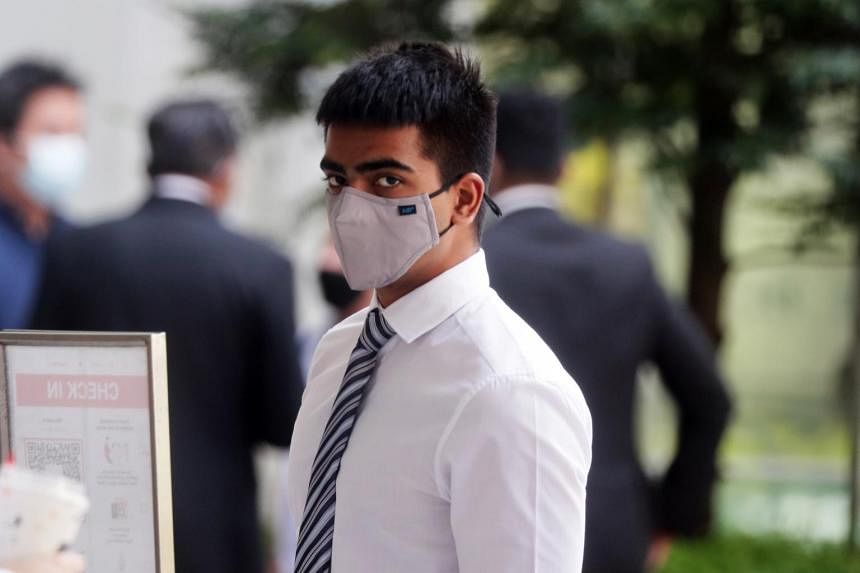 SINGAPORE — To film footage for his YouTube channel, Kotra Venkata Sai Rohankrishna and three of his friends joined a crowd at Clarke Quay on New Year’s Eve last year.

The 19-year-old Singaporean was fined $4,000 by the court on Tuesday May 31 after pleading guilty to two counts under the Covid-19 (Temporary Measures) Regulations 2020 (Control Order ).

Assistant District Attorney Jeremy Bin said in court papers that sometime before New Year’s Eve last year, Kotra came up with the idea of ​​interviewing inebriated members of the public to create a video for his channel. Youtube.

He got help from his friends Glaxy Low Xuan Ming, Lee Hern Sing and Mr. Putchakayala Akash, who agreed to participate and film his video.

Lee and Mr. Akash would operate the lighting and camera equipment, while Low would wear a wrestling mask and star in his video.

On the night of December 31, Kotra met the trio at Prinsep Street to interview members of the public.

Kotra wore a Spiderman costume to draw attention to himself, said DPP Bin, who added that Kotra wore the costume for the rest of the night and did not wear a mask underneath.

The group moved to Clarke Quay around 11 p.m., where large crowds had gathered.

From around 11:30 p.m. to around 12:15 a.m. the following day, the four gathered with many members of the public at various locations in Clarke Quay, including outside Clarke Quay Central and Riverside Point, to film the footage.

During filming, Kotra and Low played wrestling, which drew attention to them.

DPP Bin said, “Because of their costumes and actions, they were the center of attention in the crowd.”

Following the incident, Kotra edited and organized the footage into a four-minute, 22-second video.

He also included a narration for the video, stating that “this New Year celebration was a complete slap in the face to the law”.

He uploaded the video to his YouTube channel on January 3.