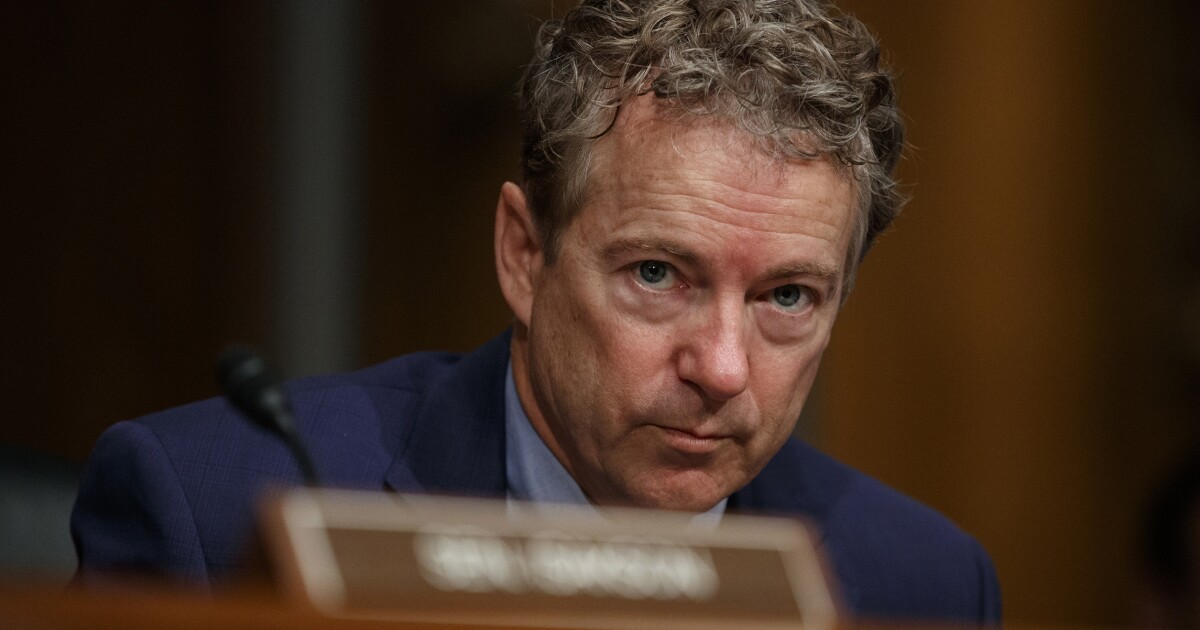 EEvery year people decide to do things that are better for their health – quitting alcohol, processed foods, toxic relationships. I realized that my relationship with YouTube is dysfunctional.

Of course, I can get millions of views. But why should I allow anonymous “fact checkers” to censor my entirely factual content? They don’t want to challenge me or argue with opposing points of view, they just want my silence.

Everyone complains about Big Tech. The left says Big Tech doesn’t censor enough. The right is complaining that Big Tech is already censoring too much.

Many in Congress, left and right alike, want to break down or regulate Big Tech, but few of those strong voices have really stepped up and stopped using Big Tech.

So today, I’m announcing that I’m going to start an exodus from Big Tech. I will no longer post videos on YouTube unless it is to criticize them or announce that viewers can see my content on rumble.com.

Why start with YouTube? Because they are the worst censors.

Whenever I state that the cloth masks do not stop the virus from spreading, as in this Denmark to study, Florida Schools Comparison, and Vietnamese study, YouTube removes the video. I always cite studies and scientific sources such as those listed here, but instead of allowing free and open debate with others who might argue the flaws in these studies or cite opponents, YouTube is simply silencing me.

A characteristic of the scientific method is to challenge and refute a hypothesis. Yet we have abandoned science and rational debate in favor of almost religious adherence to the edicts of government bureaucrats like Anthony Fauci. To challenge the data is to be a “denier” or a “conspirator” that must be silenced.

When I gave a speech in the Senate to ask if Eric Ciaramella, the Vindman brothers and Adam Schiff’s legal team had conspired while working in the White House to impeach the president, YouTube chose to censor and delete the video.

The nerve to suppress speeches protected by the Constitution! It is indeed ironic that the censors probably see themselves as progressive, but their actions more suggest the dictates of the medieval church. Think about it. In the United States in 2021, you are told that there are ideas or opinions that are too “dangerous” for you to see. This is “disinformation” they admonish, so if you want to stay on their platforms you have to abide by their endorsed views.

Matt Taibbi captures this illiberal desire to censor: “The traditional liberal approach to the search for truth, which emphasizes skepticism and free debate, is giving way to a reactionary movement that Plato himself would have loved, one who thinks that knowledge is too dangerous. for the populace and must be tightly regulated by a priesthood of “experts”.

The left responds immediately (as if it has suddenly understood the right to private property) that private owners have the right to restrict speech. Of course, Big Tech has the legal right to censor content. I have never argued otherwise. Though heinous, arrogant and closed-minded, the CEO of Twitter is right: The First Amendment applies to government, not private companies.

But just because private speech censorship is permitted by law, that doesn’t make that censorship any less contemptible or illiberal. Facebook, YouTube, Twitter and Instagram are the new town square, and opposing views are being silenced by the gatekeepers of BigTech.

A whole generation of young people, who use these platforms exclusively for their news, will never read or hear about opinions or ideas that challenge Big Government / Big Tech orthodoxy. If they see, for example, an article claiming that the coronavirus could have come from a lab leak in Wuhan, it is quickly condemned as “debunked” or as a “conspiracy” by the invisible and omniscient “fact-checkers”. ”Employed by Big Tech. Until of course not, but by then it’s too late, public attention has shifted, damage is being done.

Those of us who believe that the truth comes from the argument and that the market for ideas is a prerequisite for innovation should avoid closed-minded Big Tech censors and take our ideas elsewhere.

About half of the audience leans to the right. If we got all of our messages out to free trade outlets, we could cripple Big Tech in the blink of an eye. So today I’m taking my first step towards turning my content away from Big Tech. Hopefully more freedom lovers will follow.

It will not be all or nothing or all at the same time. Granted, Big Tech helps me get my message out in many ways. I can still post a video on YouTube (but only to expose their censorship and announce that I took my content elsewhere).

My goal is to leave Big Tech for good. I created a news aggregation site, Libertytree.com which brings together writers and short stories in the defense of a small government and expansive personal freedom.

Competition is the answer. So, for those who complain about Big Tech censorship, quit!

Rand Paul is the young United States Senator from Kentucky.