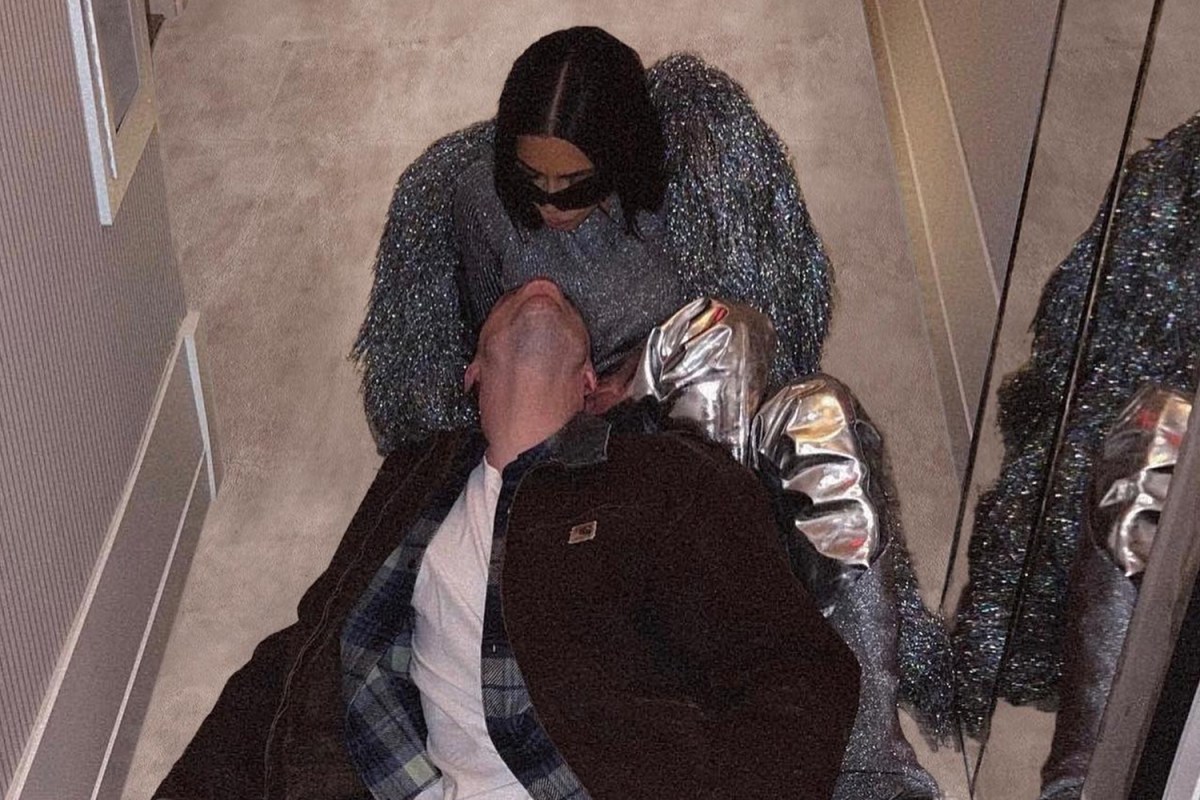 KIM Kardashian sparked a Facebook frenzy when she made a massive name change on social media.

Many followers of the Keeping Up With The Kardashians star, 41, were pinged when the SKIMS founder deleted the second part of her double-barreled last name, West, from her page.

It came after Kim and her ex-husband, Kanye West, were declared legally single by a Los Angeles judge during Kim’s ongoing divorce from the rapper.

Acting on the news – which came shortly before she made her relationship with Pete Davidson Instagram official – the mother-of-four changed her nickname online to her birth name, Kim Kardashian.

A fan took to the site to shout, “That Facebook notification anyway!

“Yes I know we know that she changed on IG [Instagram] but Facebook warns you and you find the sensations!”

The change came on the heels of the reality TV star confirming her new romance with Pete.

Kim took to Instagram to share various new snaps – one of which showed her getting close to the Saturday Night Live star, 28.

The photo shows Kim puckering her lips as she lies on the floor of a hotel room as the comic kisses.

In another snap, the happy couple pose and smile for the camera.

Other photos show the Keeping Up With the Kardashians alum posing in all silver, including boots and a big coat.

“Who are we going to take the car from?!” Kim captioned the new post, a reference to Ben Affleck’s 2010 film The Town.

Kim also included a still from the popular film, in which Ben seeks help from Jeremy Renner’s character as long as he doesn’t have to reveal exactly what he needs.

Fans loved the post that made the stars’ relationship official. Followers took to the comments section to respond.

One wrote, “You can tell she’s finally having fun!! And I’m still here for it!”

Another added, “My favorite Kim is Happy Kim,” while one chimed in, “Love you both!”

Still, some were more skeptical of the upload, with some suggesting it was deliberately to distract from the star’s ‘tone-deaf’ comments about the work.

Meanwhile, the first Instagram photos of Kim with Pete arrive as they both face the wrath of her ex Kanye.

The controversial rapper has done everything from calling Pete an “asshole” to threatening to “beat his ass” and accused the comedian of trying to “destroy” his family.

The hitmaker, 44, even ‘kidnapped and beheaded’ Pete, in an animated video for his song Eazy; a project championed by Kanye.

Through it all, Kim has been in Pete’s corner and was reportedly “furious” about the shocking video.

A source previously told People, “She thinks it’s way too violent and she’s upset. She’s really mad at Kanye for doing this.

“She’s completely over it all and she wants it to stop.”

However, Kim’s reaction didn’t stop the famous artist as he later released a second music video for the track Eazy.

This time around, a Pete lookalike is beaten by an animated skinned monkey and knocked to the ground.

The knockoff is wearing a hoodie that says “SKETE” on the front – which Kanye has called Pete in his many online rants.

Do you have a story for The US Sun team?