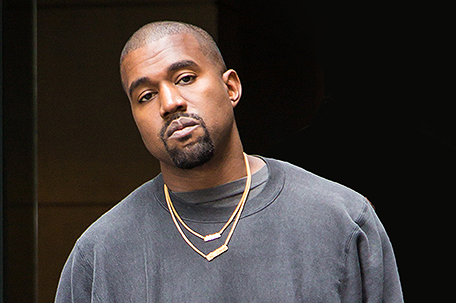 NEW YORK — Kanye West’s Twitter and Instagram have been blocked over anti-Semitic posts by the rapper, now legally known as Ye.

Spokespersons for Twitter and Instagram’s parent company Meta said on Sunday that Ye had posted messages that violated their policies.

In a tweet sent on Saturday night, Ye said he would soon go “death con 3 on JEWISH PEOPLE,” according to internet records, making an apparent reference to the US military readiness condition scale known as DEFCON.

“You played with me and tried to test anyone who opposes your agenda,” he said in the same tweet, which was deleted by Twitter.

The comment drew a strong rebuke from the Anti-Defamation League, which called the tweet a “deeply disturbing, dangerous and anti-Semitic time”.

“There is no excuse for his spreading white supremacist slogans and classic anti-Semitism about Jewish power, especially with the platform he has,” a statement read.

Representatives for Ye did not return requests for comment.

Earlier this month, Ye was criticized for wearing a “White Lives Matter” t-shirt in his collection at Paris Fashion Week.

Rapper Sean “Diddy” Combs posted a video on Instagram saying he didn’t support the shirt and urged people not to buy it.

On Instagram, Ye posted a screenshot of a text conversation with Diddy and suggested he was controlled by Jews, according to media reports.

The policies of both social networks prohibit the posting of offensive language. Ye’s Twitter account is still active, but he can’t post until the indefinite suspension ends.

Meta, which owns Facebook as well as Instagram, will sometimes place restrictions on accounts that it repeatedly deems to be in violation of its rules. Sanctions may include temporary restrictions on posting, commenting, or sending direct messages.

“Welcome to Twitter, my friend,” replied Elon Musk, who last week renewed his $44 billion bid to buy Twitter after a month-long legal battle with the company.

The billionaire and Tesla CEO has said he would turn Twitter into a haven for free speech and ease restrictions, although it’s unclear precisely how he would run the influential network if he were to take over.

Ye has often earned a reputation less for his music and more for stirring up controversy since 2016, when he was hospitalized in Los Angeles due to what his team called stress and exhaustion. It was later revealed that he had been diagnosed with bipolar disorder.

That year, he ended a show in Sacramento, Calif., after just four songs but not before a 10-minute tirade about Beyoncé, Jay-Z, Hillary Clinton, Mark Zuckerberg, radio and MTV. West quickly decided to scrap the entire tour.

Since then, he has regularly made headlines: running for president, continuing his feud with Taylor Swift, causing an outcry when he suggested slavery was a choice, threatening his ex-wife’s boyfriend Kim Kardashian, Pete Davidson, publicly defending R. Kelly and once inviting Marilyn Manson and DaBaby on stage with him as they faced sexual assault and anti-gay allegations, respectively. He also said he was wary of any COVID-19 vaccine, calling it “the mark of the beast”.