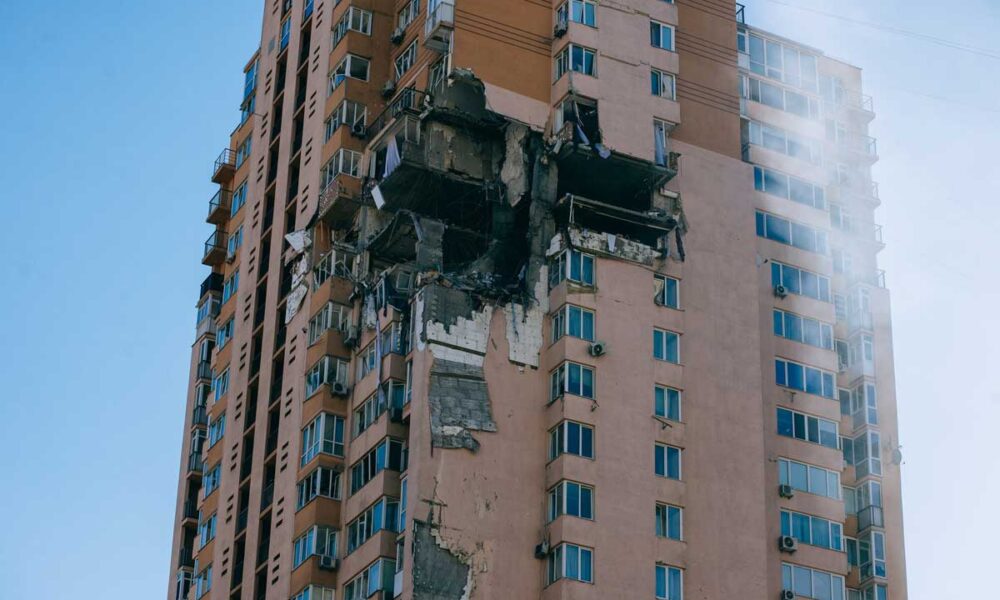 How Instagram played a role in accelerating the Russian-Ukrainian war

Russian Foreign Ministry diplomats have intensified their efforts to obtain first-hand information on the Russian-Ukrainian crisis, its main causes and its implications for African governments.

On February 24, Russian President Vladimir Putin announced a special military operation, after the Federation Council and the State Duma (legislative chambers) approved the implementation of the presidential decision which has since sparked debates in the whole world. He also pushed the United States and Canada, members of the European Union and many other outside countries to impose sanctions on Russia.

Long before the start of the February 24 special military operation to “demilitarize and denazify” the former Soviet republic of Ukraine, information was released, either fabricated or the absolute truth about Russia’s intentions using the power of social media. As seen in practice, Western and European media have strong operational networks across Africa.

The Russian Foreign Ministry is concerned about anti-Russian publications, the propaganda and disinformation policy of some African media. Obviously, Russian media is extremely weak on the African continent and therefore local African media reproduce information from Western sources.

Over the past few years, Russian diplomats have claimed to have a common understanding, expressions of solidarity and a position of trust with African friends on global issues on international platforms, especially at the United Nations.

Nevertheless, the African Union, regional economic organizations and African governments are still distinctly divided on the Russian-Ukrainian crisis due to differing views and, even worse, out of fear of the contradictions and confrontations posed by the crisis apparently without end and its effects on future relationships.

Some political pundits say this scenario of Africans voting at the UN opens up a topic for full geopolitical study and analysis. It is necessary to understand its specific policy implications. As a new world awakens, African leaders still believe that all countries must respect and operate within the bounds of international law. Circumstances demand that disputes be settled by peaceful means in such a way that international peace and security and justice are not endangered. All countries should be deeply guided by the principles of non-interference in internal affairs, respect for national sovereignty and territorial integrity.

There is a lot of disinformation spreading, including inside Africa, and therefore the special meetings of the Russian Foreign Ministry with African diplomatic representatives were to use diplomatic channels to convey the official truth. on the situation of the Russian-Ukrainian crisis to various African governments.

According to reports, Russia and Africa have close relations and it becomes necessary to update substantial information for geopolitical reasons. It aimed to provide an explicit understanding of the genesis of the crisis. Together with African diplomatic missions, the Russian Foreign Ministry held two briefings and another special briefing with Arab countries which included North Africa and the Arab world.

On March 10 and 22, the Special Representative of the President of the Russian Federation for the Middle East and Africa, Deputy Foreign Minister of Russia Mikhail Bogdanov held special briefings for heads of diplomatic missions of African and Arab countries accredited in Russian. Federation. He was fully devoted to the whole situation around Ukraine.

The diplomats were briefed on the reasons, aims and objectives of the ongoing special military operation, including those aimed at ensuring the demilitarization and denazification of Ukraine, protecting the long-suffering people of Donbass and eliminate the threat to Russia’s national security emanating from Ukrainian territory. There were also significant problems related to ensuring the safety of the civilian population in Ukraine, the organization and functioning of humanitarian corridors and the provision of assistance to refugees.

The Ministry of Foreign Affairs further explained to representatives of African embassies issues relating to requests for assistance to ensure safe exit (evacuations), including their citizens, from a crisis-ridden Ukraine. During the meetings, answers were given to questions from African diplomats about the activities of embassies in Moscow under the conditions of illegitimate sanctions imposed by Western, European and other countries on the Russian Federation.

In addition to these special briefings, Deputy Minister Bogdanov held bilateral talks with the Ambassadors of Benin, Djibouti, Egypt, Libya, Nigeria, Somalia, South Africa and Tanzania . Interesting to recall here that at the UN on March 2, Nigeria and Egypt were among the 28 African countries that voted to condemn Russia.

Topical issues of Russia’s interaction with the African “troika” in the UN Security Council were discussed, including. the humanitarian situation in Ukraine, the situation in Libya, Somalia and the reform of the Security Council. During the meeting with African representatives, Minister Bogdanov indicated and reaffirmed Russia’s long-term intention to strengthen and develop traditionally friendly ties with African states.

For their part, the heads of diplomatic missions thanked the Russian side for the detailed coverage of events in Ukraine and the opportunity to exchange views on topical aspects of the Russian-African agenda.

Earlier on February 28, Bogdanov received the Ambassador of the Republic of South Africa, Mzuvukile Jeff Maketuka, exchanged messages on the occasion of the 30th anniversary of the establishment of diplomatic relations between Russia and South Africa South.

During the conversation, the two discussed issues of further development of traditionally friendly relations between Russia and South Africa, with emphasis on strengthening mutually beneficial cooperation in trade, economics, science and humanitarian. Moscow and Pretoria eternally hope to deepen political dialogue and maintain effective coordination of positions in the UN, BRICS, G20 and other international platforms. Foreign Minister Sergey Lavrov also held talks with his African counterparts, including Equatorial Guinea, Morocco and South Africa.

Russia and South Africa are members of the BRICS group. The Soviet Union (now Russia) maintained ties dating back to the apartheid era and during the struggle for political independence. South Africa was one of 17 African countries to abstain on the UN resolution demanding that Russia immediately withdraw from Ukraine. He took a similar stance during Putin’s annexation of Crimea in 2014. South African President Cyril Ramaphosa has come under heavy criticism over the official stance on the Russia-Ukraine crisis.

Prior to the February 24 crisis that unfolded in Ukraine, Russia indicated strong readiness and interest in expanding cooperation in trade and economic sectors in Africa. With an unwavering commitment to strengthen and develop relations in a positive and constructive manner, and especially in these difficult circumstances, Moscow is still planning the second Russian-African summit. The issue of state support and business facilitation has been on the agenda for several years and was discussed at the round table in Sochi.

Now, Russia plans to open trade missions to a number of African countries and, of course, looks forward to exploring several opportunities in the African Continental Free Trade Area (AfCFTA), which offers unique and valuable to an integrated African market of over 1.3 billion people. Concretely, it aims to create a single continental market for goods and services, with the free movement of businessmen and investments in Africa.

However, it has often been trumpeted that the Russian business community is unaware of the rapidly changing African market, as well as trade and investment opportunities. The level of trust in potential partners is insufficient. It is necessary to establish an effective communication system to ensure reliability and integrity, sharing of business information, between business associations in Russia and Africa.

According to the Russian Foreign Ministry, preparations for the Russia-Africa summit are at an active stage. The dates for the summit have not yet been set. The first Russia-Africa Summit took place in October 2019, and it was co-chaired by Russian and Egyptian Presidents Vladimir Putin and Abdel Fattah el-Sisi. The next summit is scheduled for fall 2022.