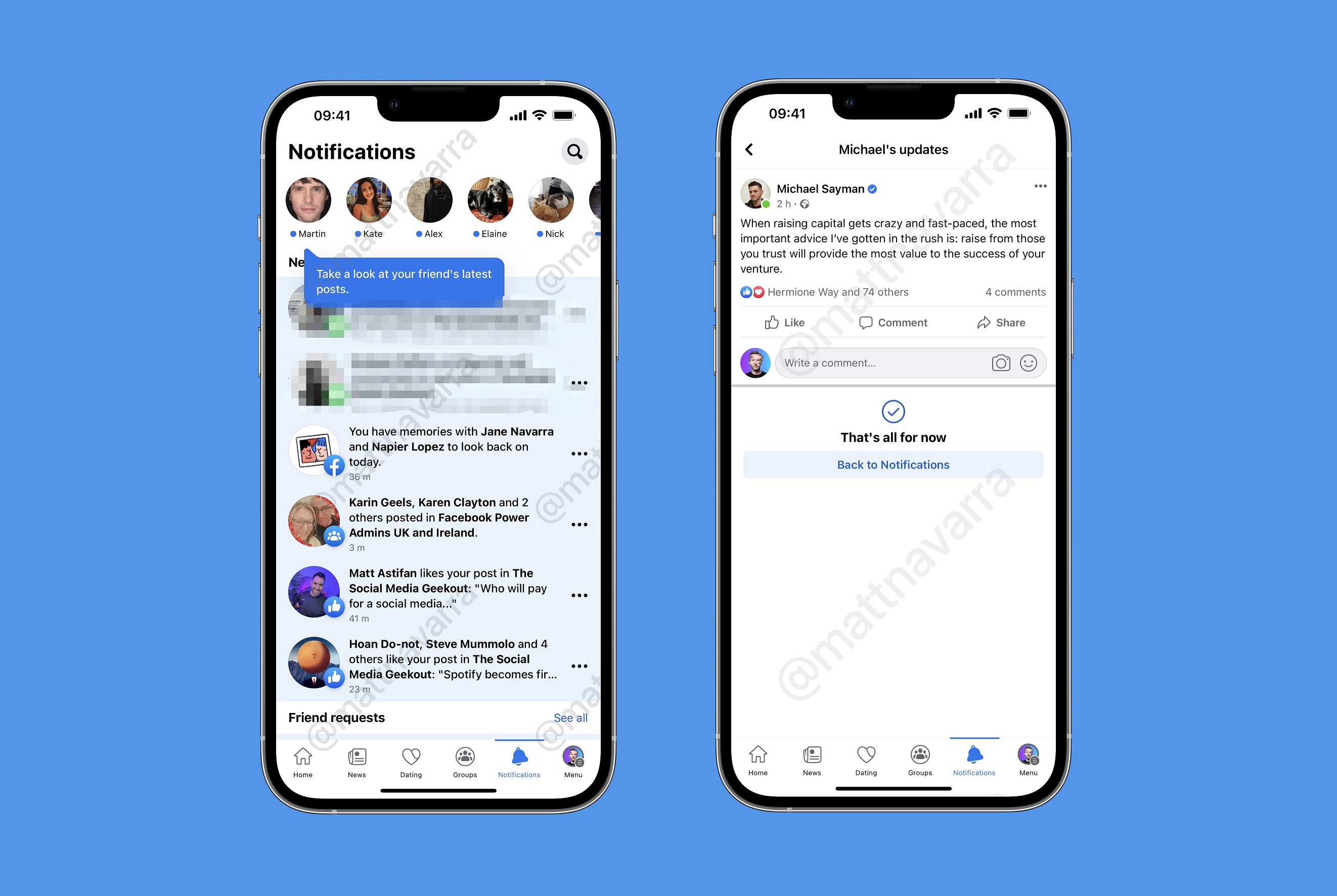 Facebook is testing a new feature where users can quickly stay up to date on others’ activities on the platform through a new Notifications tab.

This new addition to the interface attempts to combine recent posts with stories, which is Meta’s equivalent of smashing its miniatures together. This metaphor works in two ways because action figures are also tools that someone else built and you decided to use for yourself. We are generally more accepting of children calling plush toys their own since they are children and adults have paid for them. Pretty sure, I don’t recall Meta even owing Snapchat a dime or dime for Stories, despite that being a feature Facebook and Instagram rely heavily on. But maybe that’s just me: after all, social media features aren’t copyrighted in any way. If Vine has made shorts, that doesn’t mean TikTok, Instagram, and YouTube can’t take advantage of the same concept.

Either way, Facebook wants users to be able to follow their friends, as do third-party advertisers and governments that follow the platform’s community. Alright, I promise this is my last shot at Meta for this whole article. Instead of encountering messages in their timeline, which will continue to occur on first sight, users can choose to catch up with their affected friends by clicking on their profile in the Notifications tab. Profiles will be presented in the same way as in the Stories tab: circular prints of the user’s profile picture will appear, with users able to scroll through them by swiping from right to left or vice versa. Clicking or tapping on the image will then reveal the user’s most recent posts.

Screenshots posted by a researcher and journalist on social media Matt Navarre reveal space for more than one message to also be presented; perhaps a user’s recent posts will be displayed in order (in time) or by engagement and popularity. Either way, the feature seems useful enough as it lets users skip scrolling through a number of irrelevant messages in order to get to the friends, family, and loved ones they actually care about. Maybe that sounds cold to me, but here’s the thing: if an entire generation of people would rather ghost themselves over texts than reply, maybe such a feature isn’t a bad thing. Also, hey, I didn’t specify which generation. It’s up to you to decide.

Amazon Fresh is coming to the old Kmart Plaza in Grand Blanc, according to the city