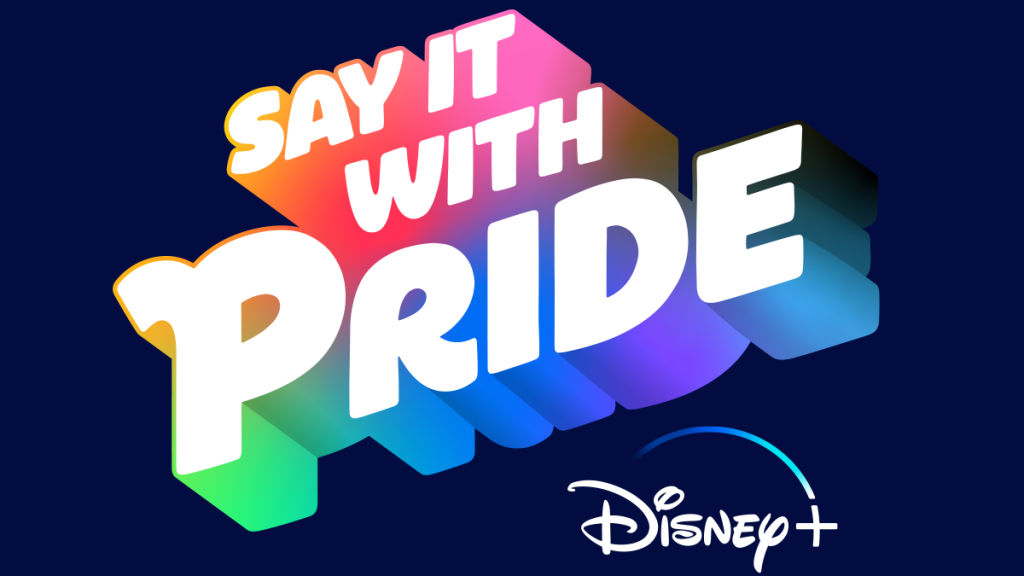 Next week, Disney+ will release its second annual Pride Month variety special — featuring a parade of talent celebrating the LGBT community “through song and storytelling.”

But “Say It With Pride: Disney+ Celebrates Pride 365” won’t be available on Disney+ itself. Instead, the special will premiere June 30 at 8 p.m. ET on Disney+. Youtube and Facebook canals.

Asked why “Say It With Pride” won’t be released on Disney+, a company spokesperson declined to offer an explanation. Disney+’s “This Is Me: Pride Celebration Spectacular” from last year also aired only on YouTube and Facebook.

According to Disney+’s announcement, the upcoming special “aims to elevate the voices of the community to discuss their journeys, celebrate the accomplishments and contributions of the LGBTQIA+ community, and look to a future that embodies diversity and unity with PRIDE”.

Why doesn’t this fit into the Disney+ lineup? One way to look at this is that “Say It With Pride” is, essentially, an infomercial for Disney+ — a vehicle for touting LGBT characters and stories on the service. As a content marketing pitch aimed at non-subscribers, it makes sense that the Disney+ Pride special would be off-platform and available for free. In a similar vein, the company produces “What’s Up, Disney+,” a weekly promotional talk show on the streaming service that goes up on YouTube and Facebook (not Disney+).

Granted, Disney+ currently has a collection of “Celebrate Pride Month” content, featuring movies and series such as “Trevor: The Musical” (premiering June 24), “Love, Victor,” “Glee,” “High School Musical: The Musical: The Series,” “Better Nate Than Ever,” Pixar’s “Out” short, the studio’s first project with a gay lead character, and “West Side Story,” starring Ariana DeBose, who became this year the first openly queer woman of color to win an acting Oscar for the role.

Still, why wouldn’t Disney+ put the “Say It With Pride” special on its own service? The Mouse House obviously does not hesitate to promote itself. For example, there are the 14 minutes Marvel Studios 2021 Disney+ Day Special on the platformmostly a supercut of shows like “WandaVision,” “The Falcon and the Winter Soldier,” and “Loki” that also teased upcoming Marvel releases on Disney+.

The optic is that Disney wants to show its support for LGBT employees and creative partners with the celebratory Pride special – but avoid angering conservative “anti-revival” types by leaving it out on Disney+.

The company has a steep history on LGBT issues. Disney was mum on Florida’s so-called ‘Don’t Say Gay’ law – then opposed the legislation, sparking a backlash that resulted in Florida Governor Ron DeSantis signing a bill legislation to eliminate Disney’s Autonomous Tax District in Orlando. This month, Pixar’s “Lightyear” was banned in several West Asian countries and territories due to a fleeting same-sex kiss in the “Toy Story” spin-off (which Pixar restored after that employees have accused Disney of censoring “openly gay affection” in its films). The scene also left some on the American right inebriated over the media conglomerate’s extraordinarily brief acknowledgment of the existence of gay people. In this context, by keeping “Say It With Pride” out of Disney+, the company may be hoping to minimize the predictable fury of reactionary critics.

Tee Vaden directs the special, which is produced in partnership with Disney Music Group and the Disney Pride Employee Resource Group. Watch the trailer for Disney+’s ‘Say It With Pride’ special:

VIP+ analysis: getting to grips with Disney’s era of unforced errors

Why is Instagram the best advertising platform and how can you promote your page there quickly and effectively?