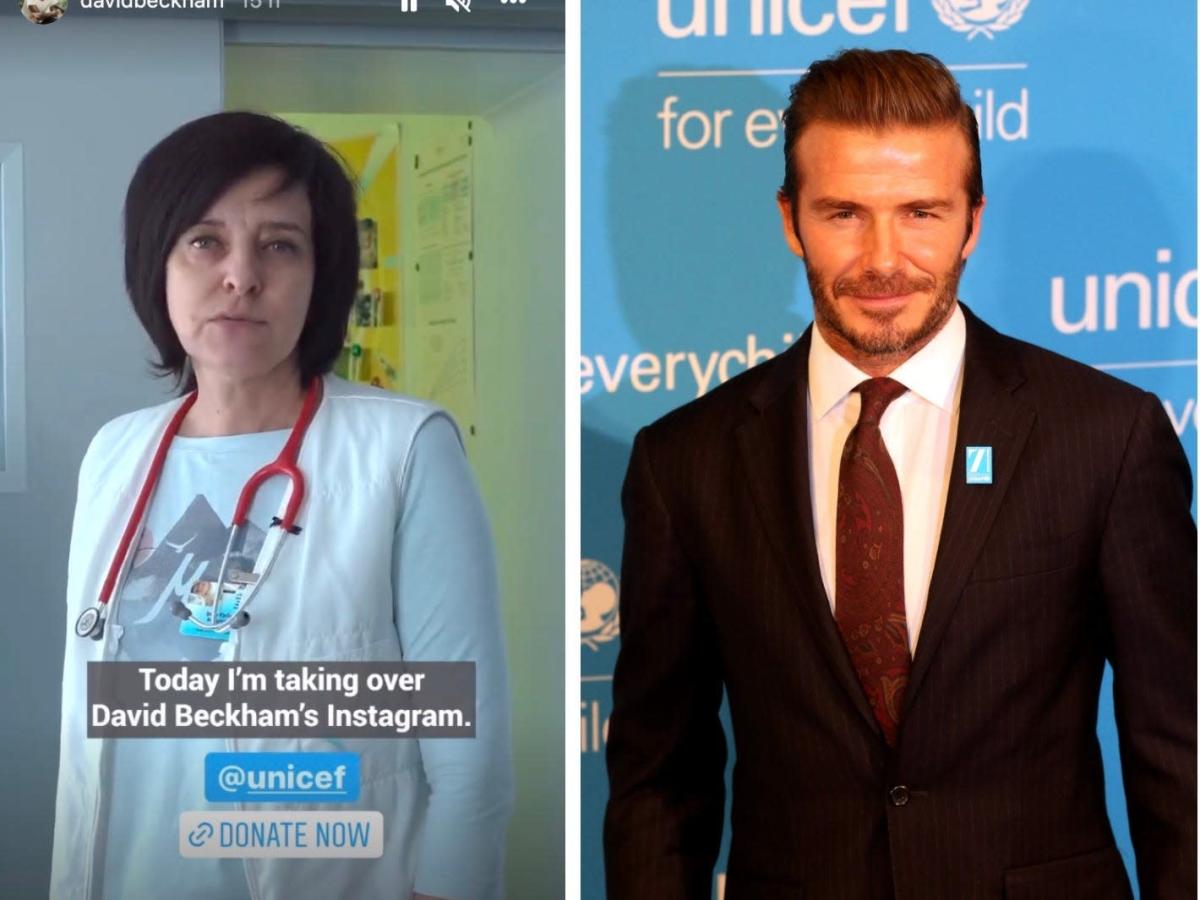 David Beckham handed over his Instagram and Facebook accounts, which together have 127.5 million followers, to a Ukrainian doctor in Kharkiv

Football superstar David Beckham handed over his Instagram and Facebook accounts to a Ukrainian doctor on Sunday to highlight the “incredible job” he and other health workers are doing in the beleaguered city of Kharkiv.

Beckham – who has 71.5 million followers on Instagram and 56 million on Facebook – has passed the reins of social media to a woman named Iryna, a children’s anesthesiologist and manager of the town’s perinatal centre.

Several outlets, including the Belarusian TV channel Nexta TVidentified her as Irina Kondratova.

In a series of photos and videos shared via the former footballer’s Instagram and Facebook stories, Iryna showed viewers what it was like to work with pregnant women in the midst of conflict.

She first guided viewers into the basement where pregnant women and new mothers were evacuated on the first day after Russia began its invasion of Ukraine. “It was three terrible hours we spent together,” reads the text of the video.

She noted that “unfortunately we cannot take babies to intensive care in the basement as they are dependent on vital equipment”.

In another clip, Iryna took care of a woman and a newborn baby. The text on the screen read: “The first few days were the hardest. We had to learn to work with bombardments and strikes.

She also shared a video of a young mother named Yana and her baby boy, Mykhailo, who was born with breathing difficulties on the second day of the war. “He’s better now. But his family’s house was destroyed and they can’t go back,” Iryna said.

“My job is now 24/7. I’m here all day,” she added, calling for donations to charities such as Unicef, which she says has supplied oxygen generators to the facility.

“We’re probably risking our lives, but we don’t think about it at all. We love our job,” she said. “Doctors and nurses here, we worry, we cry, but none of us will give up.”

Beckham became a Unicef ​​Goodwill Ambassador in 2005. He did not immediately respond to Insider’s request for comment.