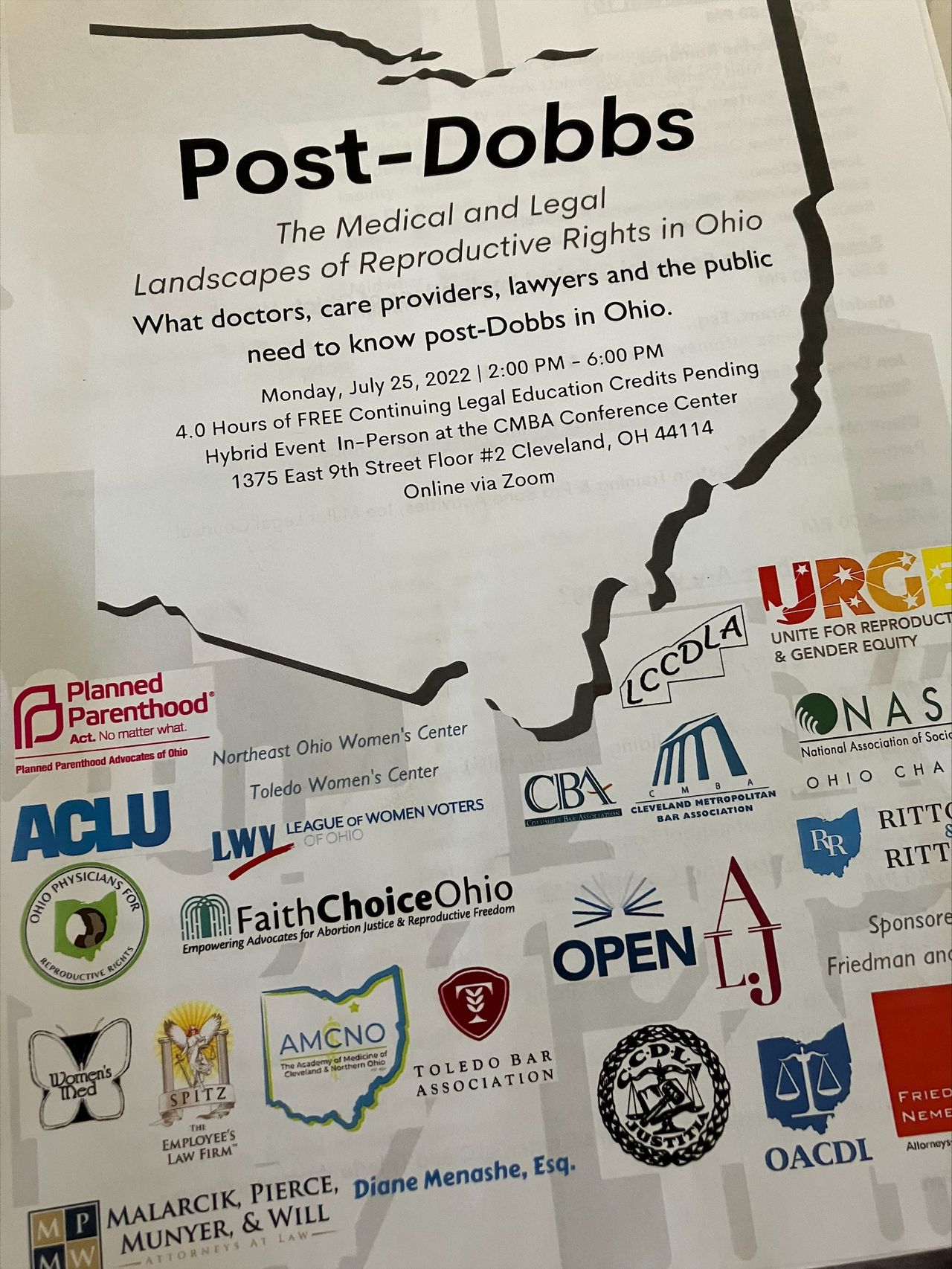 CLEVELAND, Ohio — Facebook blocked viewing of a Cleveland Metro Bar Association seminar designed to educate the public about the changing landscape of abortion and reproductive rights after Monday’s event was flagged as a possible copyright infringement.

But there were no copyright issues, the event organizers insist.

The event was streamed live on Facebook on Monday afternoon. Cleveland.com noticed the video was no longer accessible on Tuesday morning and asked event organizers why it was no longer available. The content was made available later Tuesday on Youtube.

Since the US Supreme Court ruling on abortion in late June, there has been many reports abortion-related content erroneously flagged or removed from social media platforms for alleged violations.

Many of these posts were related to abortion drugs, and some pro-choice organizations had their accounts temporarily suspended. In another case Instagram blocked an animated documentary women’s abortion stories for “graphic and violent content”.

Democratic Senators Elizabeth Warren of Massachusetts and Amy Klobuchar of Minnesota sent a letter to Meta, the parent company of Facebook and Instagram, earlier this month, asking how abortion content is flagged and asking the number of posts and hashtags of abortion-related content that have been flagged for removal.

Cleveland.com contacted the press offices of both senators for an update on their request to Meta.

Regarding the Cleveland seminar video, Meta told cleveland.com that he is looking into the matter.

The event, held at the Cleveland Metropolitan Bar Association in downtown Cleveland, was an educational seminar for attorneys, medical professionals, social workers and the general public, and offered four credit hours of continuing legal education .

Participants could participate in person or online via Zoom or Facebook Live.

The seminar, consisting of four panels of speakers on different topics related to changes in the law surrounding abortion and reproductive rights, did not contain any music or video.

Brennan Donnellan, director of marketing and communications for CMBA, and the person responsible for posting the video said the issue raised was about 90 seconds of audio that Facebook said belonged to the sports television network TNT Sports Argentina.

“They claim that, but I can tell you categorically that’s not true,” Donnellan said. “No material was created by anyone other than the people who participated in the program.”

“It’s most likely just an algorithm,” Donnellan added. “But it’s certainly interesting and disturbing to think that it could be due to some sort of interference.”