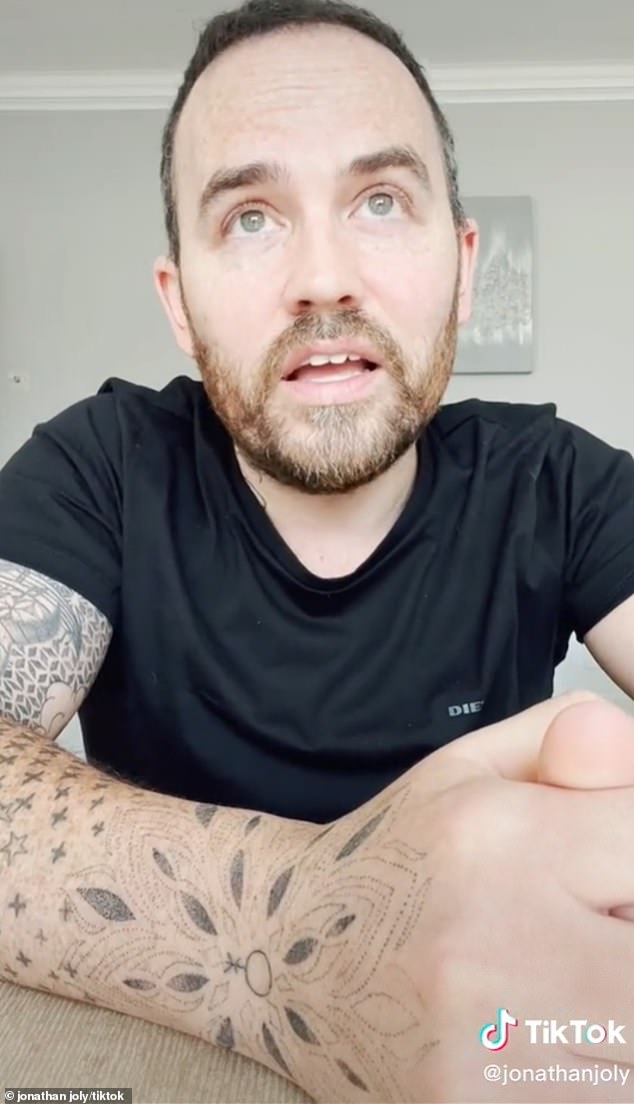 A vlogger dad deleted all his videos after 12 years of documenting family life to give his kids a fresh start online.

Irish couple Jonathan Saccone-Joly, 42, and his wife Anna, 34, who live in Surrey, created ‘The SacconeJolys’ YouTube channel in 2010.

The duo began documenting their lives before and after having children Emilia, nine, Edie, eight, Alessia, five, and Andrea, four.

They’ve shared everything from the birth of their offspring to dinnertime with their nearly 2 million followers and have earned an estimated £1.5million from their online videos.

But Jonathan made the decision to quit vlogging and delete his videos because he wants to give his children a chance to “build their own life story on the internet”.

Jonathan and Anna had set up the SacconeJolys to document their lives before and after having children Emilia, 9 (front), Edie, 8 (right), Alessia, 5 (second from right) and Andrea, 4 ( to the left)

Anna and Jonathan have remained reluctant to post Edie’s journey, with the 42-year-old saying she wants to be in the videos and he wants to raise awareness about gender issues

Announcing the decision, he said: “Just because everyone tells you at some point what you’re doing is right doesn’t necessarily mean it’s always going to be right.”

“I don’t know if making YouTube videos was the right thing or the wrong thing to do, but I did.”

The couple, who have kept their TikTok, Twitter, Instagram and Facebook accounts, have already come under heavy criticism from trolls who say they exploit their children for money and cannot not give their informed consent to appear online.

After Jonathan recently revealed he was non-binary before posting a memoir about his own life experiences titled ‘All My Friends Are Invisible’ and the couple went on the internet that their second eldest child was transgender and s now called Edie, they received further criticism from the trolls.

Trolls have said they shouldn’t document Edie’s transgender journey so publicly on TikTok and YouTube, with many saying she’s too young to really understand if she wants to change gender.

Jonathan remained defiant about posting Edie’s journey online, saying she’s happy to be in the videos and wants to raise awareness about gender issues.

Due to the latest troll reaction, Jonathan has been forced to disable comments on his TikTok account.

Jonathan also faced backlash after recently posting a TikTok video of Edie singing a song from the musical Beetlejuice that featured the word ‘paedophile’.

In 2019, Anna and Jonathan posted a video hitting back at trolls, claiming they were trying to “ruin their lives”.

In 2019, Anna and Jonathan faced further controversy after they appeared to discipline Alessia in one of the videos with a cold shower.

That same year, Anna and Jonathan posted a video hitting back at the trolls, claiming they were trying to “ruin their lives”.

Surprisingly, in the YouTube post titled “We have bad news”, they revealed that they had been reported to the police for allegations of child abuse.

This included a visit from the police when Alessia was a baby to check that she had no bruises after being reported for child abuse.

And they added: ‘We have never claimed to be perfect as individuals or as parents, but our priority every day is to ensure that our children are healthy and happy, which they are. really.

“We are devastated and disappointed that the negativity and nasty comments from online trolls have allowed this to escalate. Unfortunately, we won’t be the first or the last person in the public eye to experience unregulated troll targeting.