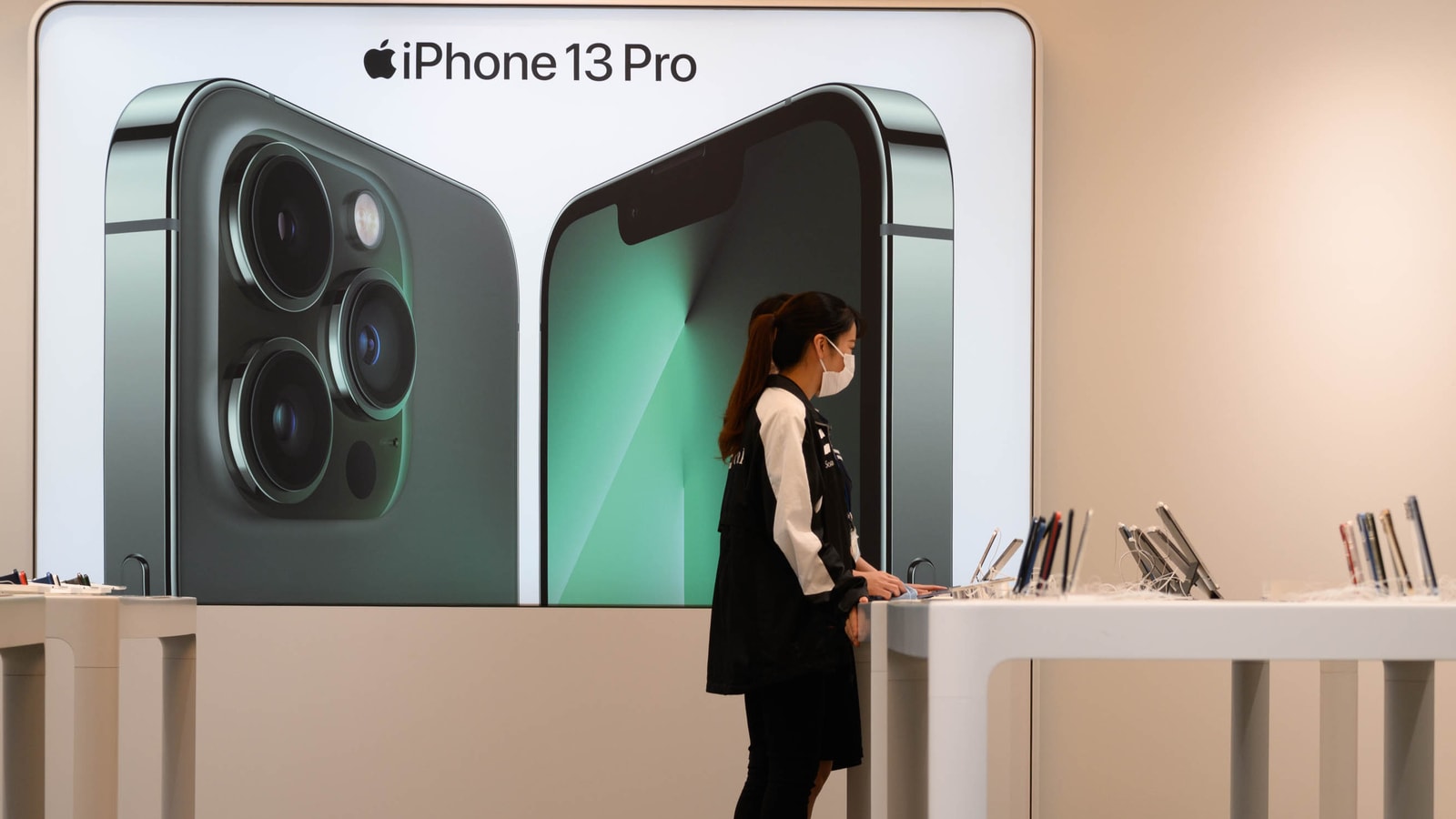 The sell-off in stocks in the sector signals that investors have finally realized that future growth cannot justify ridiculous valuations.

Who could have foreseen the massive sale of shares of big technology companies? Anyone who bothered to do a little math.

Tech stocks are taking a historic beating. The average tech stock in the Russell 3000 Index is down 44% from its 52-week high, and many are down much more. Of the roughly 400 stocks in the sector, around a quarter are down more than 60%, with most being small companies. The big tech didn’t fare much better, though. Amazon.com Inc. is down 43% from its 52-week high. Netflix Inc. is down 73%.

Read also : Are you looking for a smart phone? To check the mobile locator, click here.

The collapse of over-hyped tech startups may not be surprising, but surely investors could not have foreseen that tech powerhouses would receive similar treatment.

Or could they? When Amazon shares began to slide last July, they were trading at more than 40 times Amazon’s expected earnings for the current fiscal year. That’s high even for a growth stock. The Russell 1000 Growth Index’s forward price-to-earnings ratio has averaged around 20 since 1995, the longest period for which figures are available. (The Russell 3000 Growth Index average is about the same, but the data set is shorter, going back to 2006.)

Either Amazon investors were content to pay more than double the historical average for a growth stock or, more likely, they expected future growth to justify the company’s outsized valuation. One way to gauge these expectations is to calculate the earnings driven by the stock price at a multiple of 20, the long-term average for growth stocks. By this measure, investor expectations were ridiculous. To justify its 52-week high last July at a multiple of 20 forward earnings, Amazon would need to generate earnings of $187 per share. That’s a far cry from the $17 a share analysts are expecting from Amazon this year.

How long? Analysts also expect Amazon’s revenue to grow 12% this year, more than double the historic average revenue growth of the Russell 3000 Growth Index. Based on Amazon’s historical average profit margin of around 3%, it would take the company more than two decades to generate earnings per share of $187. And that can be optimistic because it’s not easy for a company as big as Amazon to sustain that level of revenue growth.

To put it into perspective, consider that since 1995 it has taken an average of four years for earnings to catch up to the expectations embedded in the Russell 3000 Growth Index, and most of the time less. Investors don’t hang around much longer, and in extreme cases they can change their minds quickly. At the height of the dot-com craze in 1999, a multiple of 20 for the growth index implied a profit of $33 per share, nearly three times the index’s profit for the previous year. . Earnings would have needed to grow at least 27% a year to catch up with expectations in four years or less, nearly four times the index’s historic average earnings growth of 7% a year.

Once investors realized their growth expectations were out of reach, they ran for the exit. The Russell 3000 Growth Index plunged more than 60% from peak to peak over the next two years, dragging its valuation and earnings expectations with it. Those who bought the growth index in 2002 after it was sold waited only two years for earnings to catch up to expectations, while those who bought it in 1999 and held it waited 16 years.

Amazon investors have been more patient, waiting an average of seven years for earnings expectations to materialize, but even they have their limits. Those who paid a fortune for Amazon stock in 1998 had to wait 20 years for their profits to catch up, but there probably weren’t many as the stock lost 98% of its value from 1999 to 2001. As with the broader growth index, investors who bought the stock in 2002 at a more reasonable valuation waited only two years for their earnings expectations to be realized.

Amazon investors are still expecting too much, even after the stock’s sharp drop. Amazon shares are now trading at 54 times this year’s earnings. Even if earnings rebound next year, as analysts expect, the stock could trade closer to 30x, which is not a good deal.

The same analysis applies to Netflix, except that Netflix is ​​now trading at 17 times this year’s earnings, compared to more than 50 a few months ago. Netflix should have little trouble delivering the growth investors expect from its current valuation. The same could be said for Google parent Alphabet Inc. and Facebook parent Meta Platforms Inc., which are trading at 18 and 14 times earnings this year. Apple Inc. is not far behind at 22 times.

But Amazon is not the only recalcitrant. Among the giants, Tesla Inc. is still trading at 55 times this year’s earnings, and Salesforce Inc. is recovering 34 times. Don’t be surprised when investors decide the remaining high flyers won’t meet high expectations soon enough, either.

Nir Kaissar is a Bloomberg Opinion columnist covering the markets. He is the founder of Unison Advisors, an asset management company.